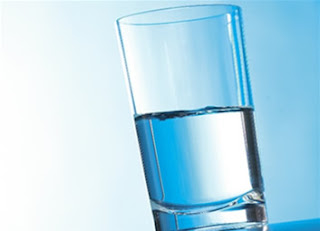 We all know that common adage about the glass half full/half empty and what it says about being an optimist or pessimist.  But what if all I wanted was half a glass?  No more, no less.  Neither half full nor half empty.  It just is.  Its all I want.  Neither optimism or pessimism, but pure self-satisfaction.

I poured myself the rest of the carton of milk into a glass at about 1:20 in the morning 'cause I couldn't sleep.  Exactly filled up to half.  All that there is, so no reason to want more.  Satisfied with what is.  Being one with whatever is in my existences as they exist in the present moment.  I'm getting excited about moving to Austin.  It's a wacky city, the capital of Texas, but hardly anything like the rest of the state.  The motion of things is sped up like it is on the coasts.  The pace is quickening underneath it all.... at least quicker than what I'm used to.  I have a sort of optimism about this move: a feeling of potential energy like the brief moments before something happens.  I have a feeling that Austin is going to happen to me, just as much as I am going to happen into Austin.

Being Nobody, Going Nowhere  -- I picked this book up at a half price book store when I was 18.  Something about the title and the cover art of Bodhidharma staring at that wall.  Plus, I was newly interested in Buddhism at the time, and I hoped to gain some insight on this monk's (Ayya Khema's) path. 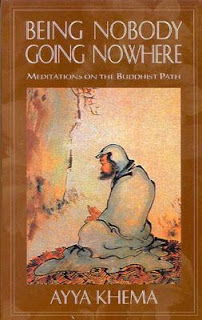 Anyway, this post was only written because of an exact amount of milk was left in the carton.  Inspiration can come from anywhere.
Posted by Hendu at Sunday, January 30, 2011