Generally when I’ve had miso soup in the past, it has been a small, overlooked element at a Japanese sushi restaurant.  However, this simple little dish has the power to fight disease and strengthen the immune system.  Different than most other soy-based products, miso is a fermented, cultured paste.  There are even soy and gluten free varieties that use other beans like chickpeas as a base.
After the atomic bombs dropped on Nagasaki and Hiroshima, a Japanese hospital gave miso soup to their entire staff and patients daily.  They did not receive any negative effects from their exposure to the nuclear fallout.  The benefits of incorporating miso soup into your diet cannot be overstated.

Check this out from http://www.macrobiotic.org/Miso.htm: At the time of the world's first plutonium atomic bombing, on August 9, 1945, two hospitals were literally in the shadow of the blast, about one mile from the epicenter in Nagasaki. American scientists declared the area totally uninhabitable for 75 years. At University Hospital 3000 patients suffered greatly from leukemia and disfiguring radiation burns. This hospital served its patients a modern fare of sugar, white rice, and refined white flour products. Another hospital was St. Francis Hospital, under the direction of Shinichiro Akizuki, M.D. Although this hospital was located even closer to the blast's epicenter than the first, none of the workers or patients suffered from radiation sickness. Dr. Akizuki had been feeding his patients and workers brown rice, miso soup, vegetables and seaweed every day. The Roman Catholic Church—and the residents of Nagasaki—called this a modern day miracle. Meanwhile, Dr. Akizuki and his co-workers disregarded the American warning and continued going around the city of Nagasaki in straw sandals visiting the sick in their homes.

Luckily, miso is one of the simplest things to make.  I have included here a recipe for an incredibly medicinal broth with miso as the base.  We soaked kombu, a sea vegetable, overnight, along with dried shiitake mushrooms and dried lotus root.  Kombu is a natural flavor additive with very high mineral content.  Shiitake mushrooms are a good source of protein, vitamin D, and iron.  Lotus root is high in fiber, vitamin C, and is a natural lung cleanser and detoxifier.

Preparing miso soup can be as simple as adding water and miso paste, with a handful of vegetables thrown in.  Here's our recipe:

Remove the lotus root from the soaking water and set aside.  Place the mushrooms and kombu in a saucepan along with the soaking water and bring it up to a simmer.  Allow it to simmer for 10-15 minutes with the cover on. Turn off the heat and allow the mixture to steep for about another 10 minutes.  Basically, you are making a medicinal broth.  Congrats.
Remove the mushrooms and kombu from the broth and chop them into a small dice along with the lotus root.  Return them all to the broth.
Turn the soup back onto low and chop the carrot and celery.  Add them to the soup along with the sesame oil.
Continue to cook the soup on low and allow the carrots and celery to soften.  In the meantime, mix the two tablespoons of miso with a little bit of water in a small bowl.  This dissolves the miso and makes it easier to incorporate in the pot.  Then add the mixture to the soup.  Turn off the heat and serve.  You don’t want to cook miso for too long, and especially don’t boil it, as the beneficial living bacteria might get cooked off.
Another way to preserve this is to add a portion of the broth to the small bowl with the miso and water.  This way, you can hold the broth for reheating later and you won't be reheating it with miso inside.  Ginger and scallions make for good additions to the leftover broth.  It will hold for 3-5 days, longer if you strain and discard the vegetables after 5 days and freeze. 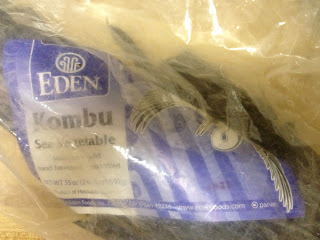 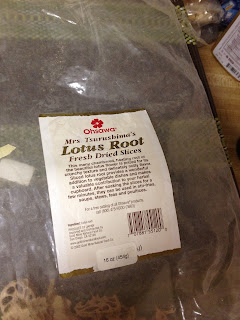 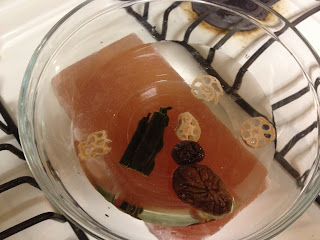 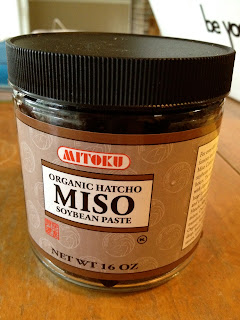 The Miso Soup Project
Check out other variations of the dish here.  Happy cooking!  All in good health, Brian