Turn left at the Old man

It was a rainy night in Sorrento.

We were hungry and we had a car, but with no direction or knowledge of where to go.

We were gently and abruptly led, like an inevitable funnel, towards an old restaurant with lemons hanging down from the arbors and wine from every region imaginable.

As we were guided there, with no rhyme or reason ourselves, yet in perfect synchronistic union with Divine timing, an old man appeared in our headlights.

Not sure whether to head left or right of the man and not sure whether we were heading down a narrowing path towards a pedestrian only area, we reached an impasse. We needed divine guidance, and a sign. Luckily, in a bit of anger and frustration, he gestured to his right towards an open driveway. He had to make up his mind first about us going to his left or his right before we could make any action. It was he who was in the middle of our road, but it was we who were in the middle of his town. He in the rain, we in the shelter of a car.

We turned left down the tiny driveway and found the last open parking space in the small area for cars, and ended up at a table sheltered underneath that arbor, out of the rain.

That is the way with the Sorrentinos, guiding people among their "land of the Sirens." People panic when chaos erupts, like how it was with the citizens of Pompeii. You can see them even today, frozen in postures of Panic.

When the shit hits the fan, who's gonna run for cover and who's gonna direct them? And where? If a live grenade is tossed in the middle of a group, what happens? Who acts and how?

Like him or not, I imagine that old man was one of the ones who might jump on that grenade. Or maybe he was the second man to jump on it, and his buddy was the first. Maybe he had to peel himself off his dead friends body and keep living, knowing they both had the best of intentions, wanting to keep others alive.

Life takes funny turns, and we don't always plan for what's gonna happen. Maybe Mount Vesuvius erupts, maybe someone you love gets ill, or maybe you inherit a large wad of cash, out of the blue, just like that.

Simply remember to enjoy the now, turn left at the old man, and always order the panna cotta. 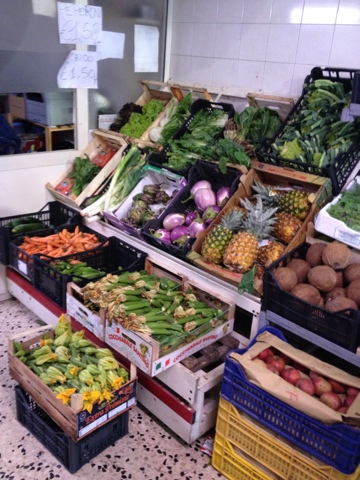 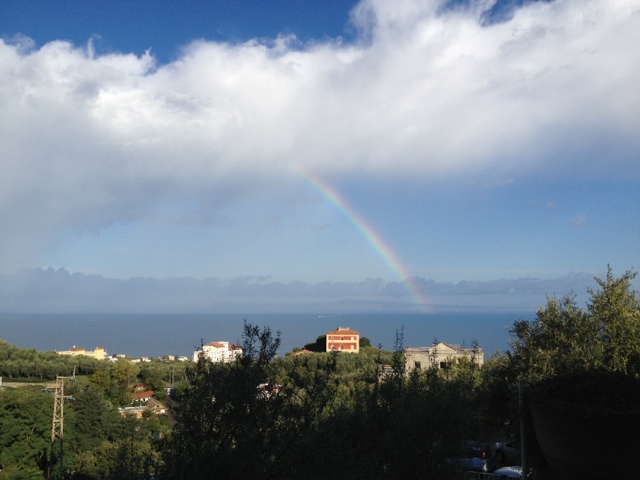